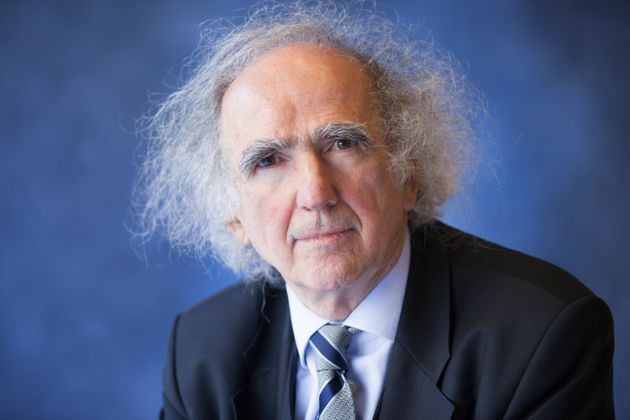 “Turning 80 is pleasant news, because life is always an experience, however difficult and sometimes not very nice: it is a great adventure”. Vittorino Andreoli has reached, as he tells us, “the non-personal, bureaucratic”, but “personal” stage in which “everyone asks himself what he has done, what is the sense of having been laboriously in the world and what is the sense that he left”.

For this he wrote a book “80 years of madness. And still a great desire to live “, published by Rizzoli, in which he retraces his existence, in a humble way (“she knows me, she knows how I am made”), as “a nobody who talks about his 80 years. And please write old, don’t talk about old age “.

Professor, he explains in his book that an “old man” is not just historical memory and story. That at the age of 80 their tasks do not run out …

But let’s joke! No way! Old age is a new period of existence, a new chapter in a book. Usually if a book is good, it is also the best chapter because there are answers, you understand better everything that happened before. I defend old age and recommend young people to safeguard it. A society that considers the elderly only a great economic burden is a society that has not understood anything. I think the old must rediscover his own identity in this timeless society, with no past or future. And it seems to me a question that is not so much an answer for me, but that serves to understand what the meaning of any man’s life is.

Speaking of young people, allow a question. Mario Draghi recently said that the future of the younger generations is at risk, that we need to give them more and bring them back to the center of society’s attention. What do you think?

I think Draghi is an excellent economist and a respectable person, but with this sentence he showed a desire for youth. Young people have no different role from the old. He was probably referring to the debt that will fall on them, but the old have no responsibility: it is a phrase that can be misinterpreted. As if to say that the elderly, 25% of the population, deprive young people of oxygen. Not so, it’s time to stop.

The old have a fundamental social function and if this is denied it means that a society is reduced to work, productivity and the economy. And if this is Dr. Draghi’s perception, but I don’t think so, then he is wrong. But then, allow me, do you think this time is right, which puts young and old in opposition? Does it make sense in your opinion? At 80, there is a new chapter in existence: a vision of the world, a different way of relating to others. You love peace, not the struggle for a career. You think it’s nice: I don’t have to answer to anyone. There is no competition with young people, it would not make sense. We do not do good to young people by telling them that they must be put first and that they must be helped. Don’t get me wrong: I deeply love young people, I have dedicated a large part of my life to them and continue today. This is why I speak like this, because I want their good.

So what is the message to leave them?

It is time to stop saying that “they must have space, poor things”! They have to work hard to have an exemplary life like that of some old people. They have to take on strong responsibilities, because society is in grave danger. It is a society that still loves war and there are winds of war, which distinguishes the rich from the poor in an abysmal way. It is a society in which there are people who do not even have the opportunity to grow, not to get to be old. They have to take responsibility for leading a company. And to do this, it is not enough to have cars and money, but a deep preparation, a sense of responsibility and sacrifice, a word that is no longer used.

How can your book help them?

I don’t want to be an example, but just to show them the sacrifices that have been made in the life of an ordinary man like me, of an 80 year old like me. Do you think that I spent my first 5 years of life in war, for example.

How can they learn sacrifice?

We need these guys not to look to see if they can have a permanent job and a car: they must be protagonists of the future. The problem is that they no longer have the perception of the future: let’s stop praising youth, because it is a difficult period, especially today when they have to govern a society governed very badly by adults, however, not by the old.

During the Covid emergency, this opposition between young and old has emerged with more arrogance. Above all, in some cases, we have seen the disinterest of young people who in the darkest days also showed selfishness. Many did not worry about spreading the infection, because it was mostly the old who died …

It was one of the most unpleasant things, this age discrimination: it means not having yet understood that time is not the one measured by the clock, but there is a psychological time. Think of the great old men about whom we still tell what they did. Is it possible that in a scientific society the life of the old man is still considered a candle that slowly goes out?

How is the life of an old man?

An old man’s brain produces neurons! That is, we are capable of renewing our brain system. There is a sexuality, it is nice to say an eros, of the old, certainly with different characteristics. So the age of old age is a fundamental age for a society even if it is not productive in the banal sense of the term. It is a scandal that this company that was born in ancient Greece, one of the largest companies, has reached the point of now. I am 80 years old and since I don’t produce I am worth less than 30? Does it seem possible to you? We should say that Socrates is worth less than his pupils. But the scandal was also another one during the Covid emergency.

Not having put life first. Wondering whether to favor lung oxygen or economy. The question of whether life is more important or how much that person can produce.

Poverty is still life, please put this! I don’t produce, so I’m not entitled to oxygen? I am a little surprised by your question, you cannot make a comparison between oxygen and money. Life has such a meaning … I am not a poet, I know very well what the difficulties of young people are and I have always defended them, but it is not possible to create a muffled atmosphere around them. This does not mean loving young people, but considering them as consumers, making them victims of a world that only looks at money. Let me say one last thing.

Economists can’t stand it anymore, we have to see humanism, not economics and the economy is part of humanism. An economy that is not within principles is not a great value.